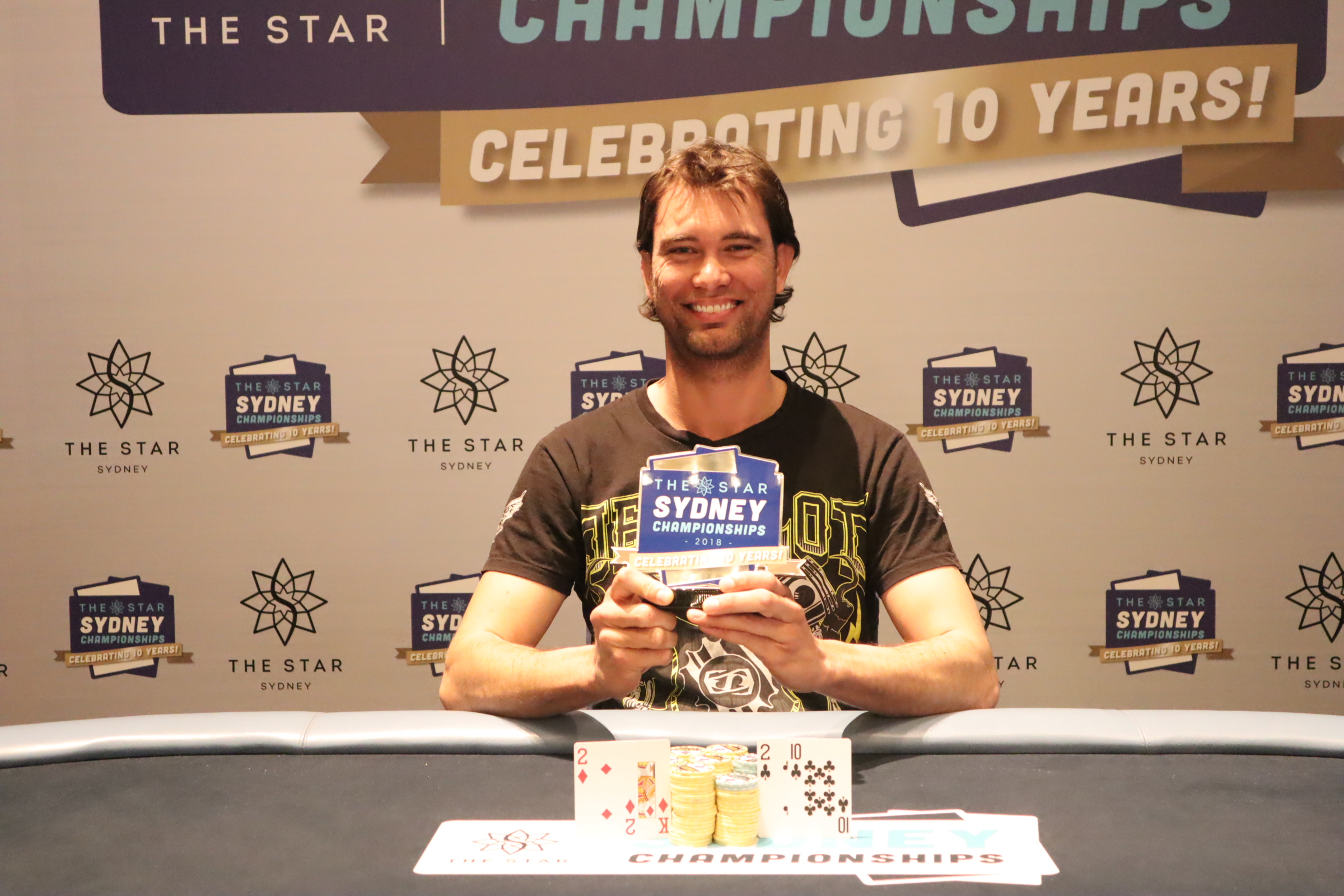 Matthew Howearth's poker career has built quite significantly over the past year.

Virtually unknown in poker circles before 2018, Howearth came to prominence at the 2018 Aussie Millions where he finished 4th in The Turbo Shot Clock Event, picking up $19,850 for his efforts. That was the biggest win of his career until tonight where he picked up more than double that amount for a grand total of $41,283. This is the high point in what has been very successful Sydney Championships for Howearth. After being the chip leader at the end of Day 1 of the Monster Stack he finished in 29th place and then back it up in the very next tournament, finishing in 29th place in the 6 Max.

Two tournaments in a row where, after getting a start, Howearth fell short. That was not the case in this Omaha event though where he went all the way to take out the title, in a very important moment to him personally.

"This event meant a lot to me," Howearth told the Star Poker Live Reporting Team. "I have had a good series so far getting deep in a few tournaments. This is my biggest ever win which is a great feeling for me".

The win was made even more special by the quality of opponents in the event. This wasn't a big field event where players could just find their way in to the final table, this was a tough slog where every player was extremely talented.

To prove this we need to look no further than our final table. We had WSOP Bracelet Winner, Gary Benson who has more than $2,000,000 in tournament earnings. Christine Hia who has won three major tournaments here in the last 2 years including the Ladies Event at this series and the 2016 WSOP Omaha Event and Corey Kempson who is an extremely revered online player with excellent technical ability.

"It was definitely a tough field," Howearth recalled. "I knew I couldn't make a mistake. I just focussed on finding my groove and ensuring that I did the best I could at all times."

Howearth certainly did find his groove, especially when he was heads-up for the title against Mark Fester. It became very clear that this tournament was only heading one way.

That makes it three cashes for Matthew Howearth here at the 2018 Sydney Championships. With this kind of form, don't be surprised to see him at the business end of the Main Event when it starts in just a few days time! 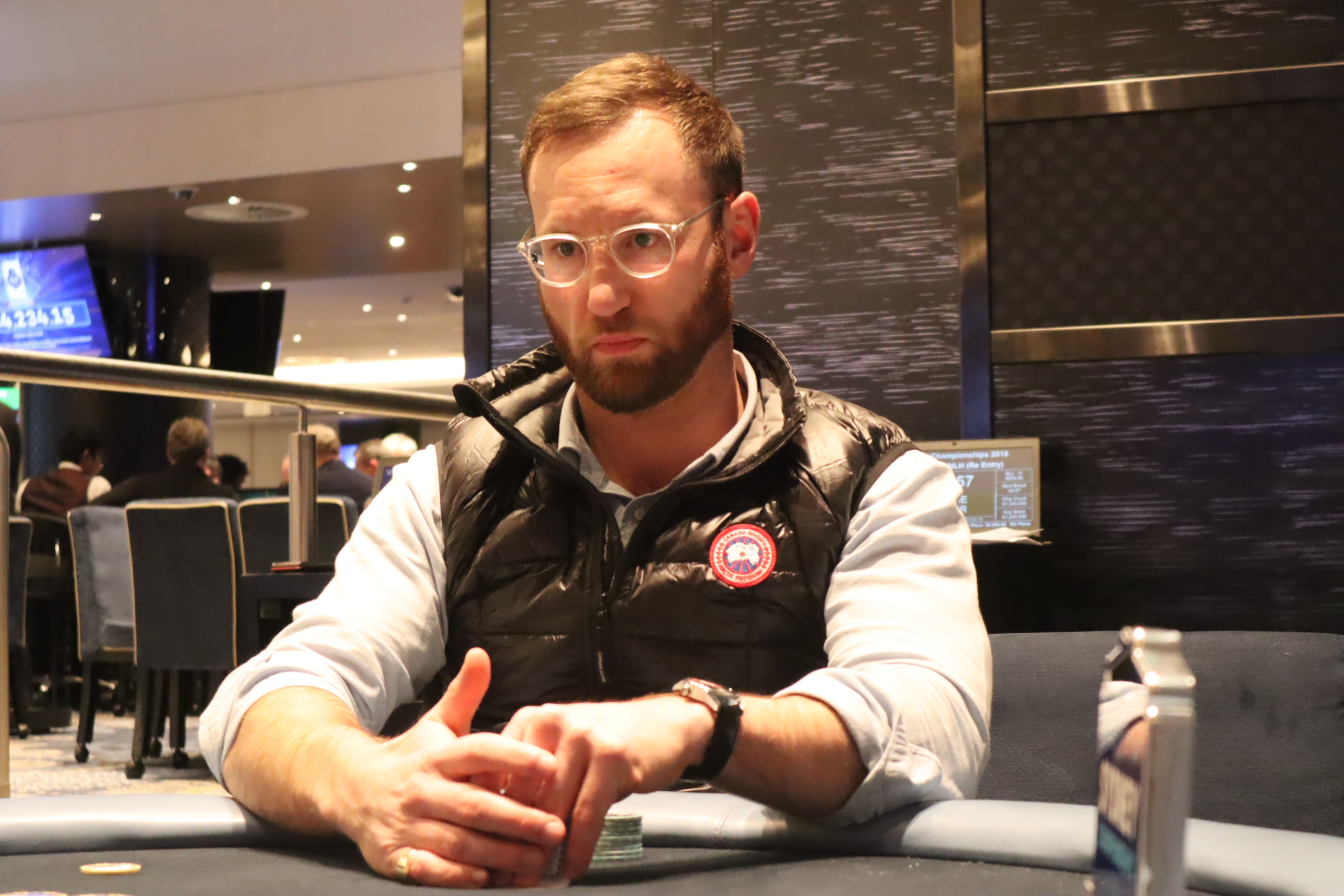 Howearth checks the flop and Fester moves all in. Howearth calls and the cards are revealed.

Fester with ace high and a gutshot for a straight, Howearth with middle pair looking to take out the OMAHA title. The turn is the

giving no help to Fester. The

on the river seals it up for Howearth and Mark Fester is our runner-up. Fester leaves with $25,512 for his efforts of the two-day tournament.

Mark Fester and Matthew Howearth now sit at opposite ends of the table, with the trophy halfway between them.

Howearth has raised a few pots preflop to 110,000 and won without a flop being needed. 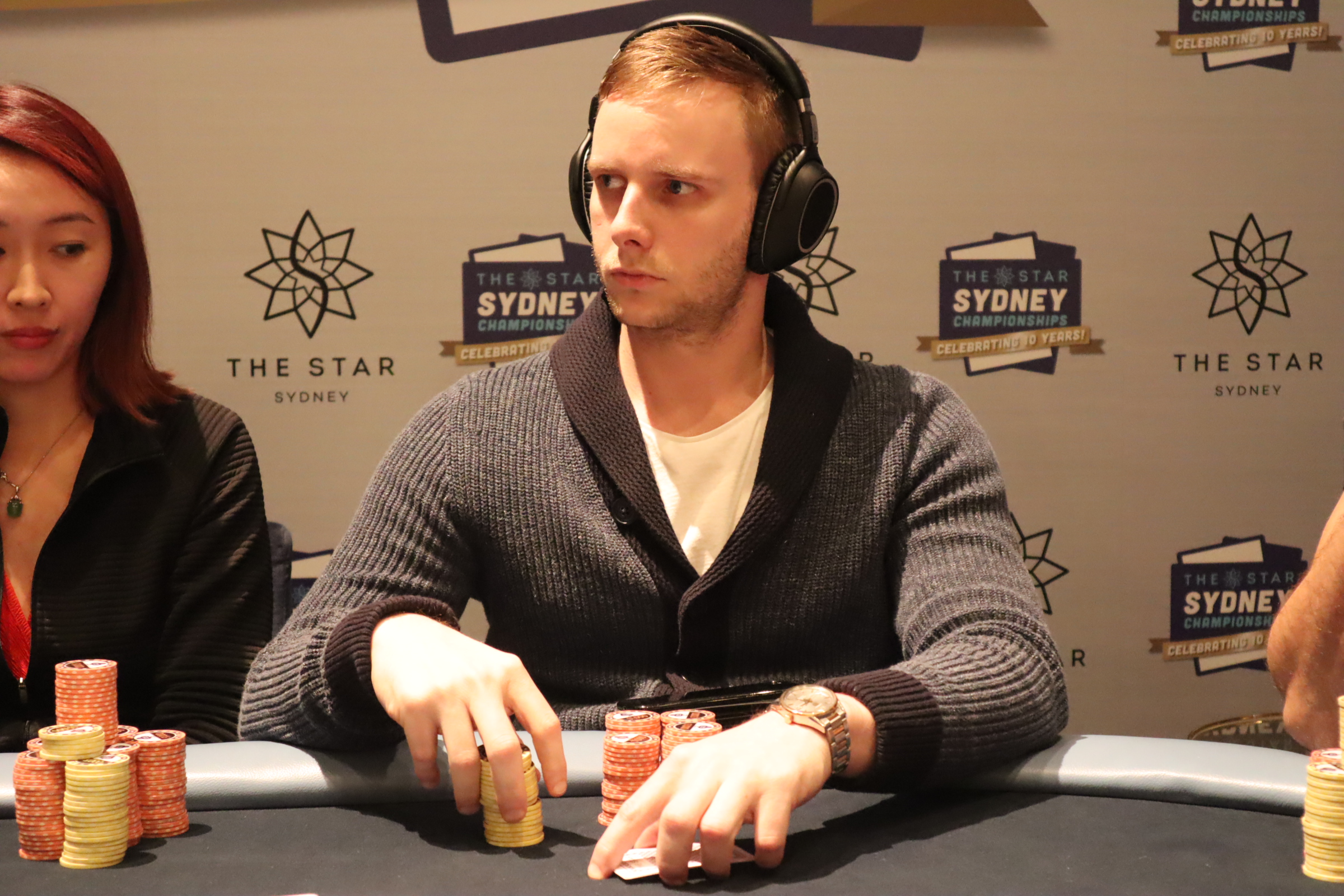 putting Corey Kempson to a decision for his tournament life.

Kempson took his time on the decision, probably thinking this was a "Nuts or Nothing" bet by Howearth, who could have missed a flush draw.

After several minutes and a staredown, Kempson made the call to be shown the bad news of Howearth's

for the winning straight.

With the big blind now at 40,000 players are tested on every decision. 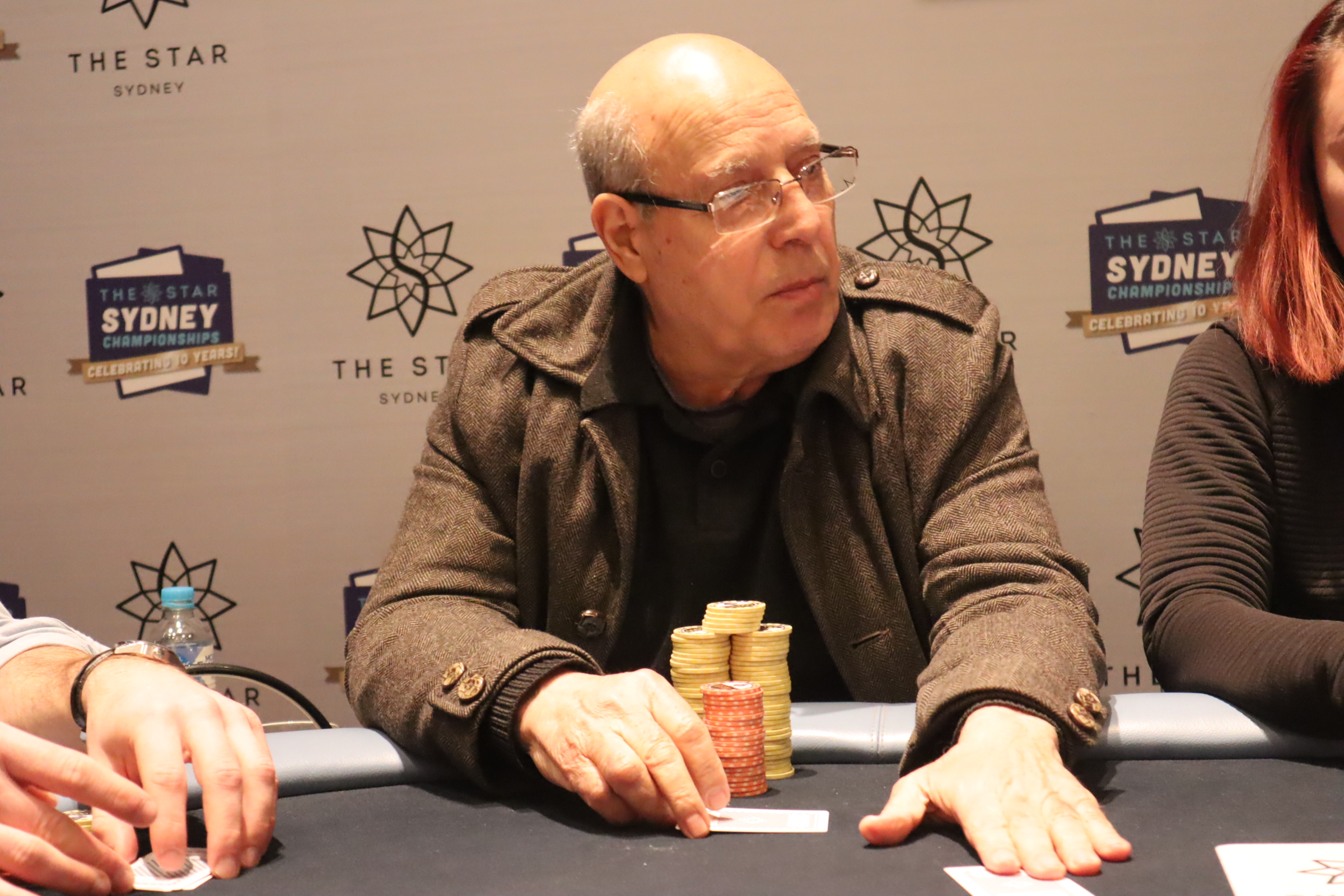 Mark Fester raises on the button to 75,000, Toothpick Tony pots it to 255,000 action goes to Corey Kempson who announces all in. Fester folds and Toothpick calls.

In an up and down hand, Toothpick with the lower pair of kings turns the straight, but on the river Kempson hits running cards for the flush. Toothpick is eliminated in 4th place and leaves with $13,008. Kempson moves up to 710,000. 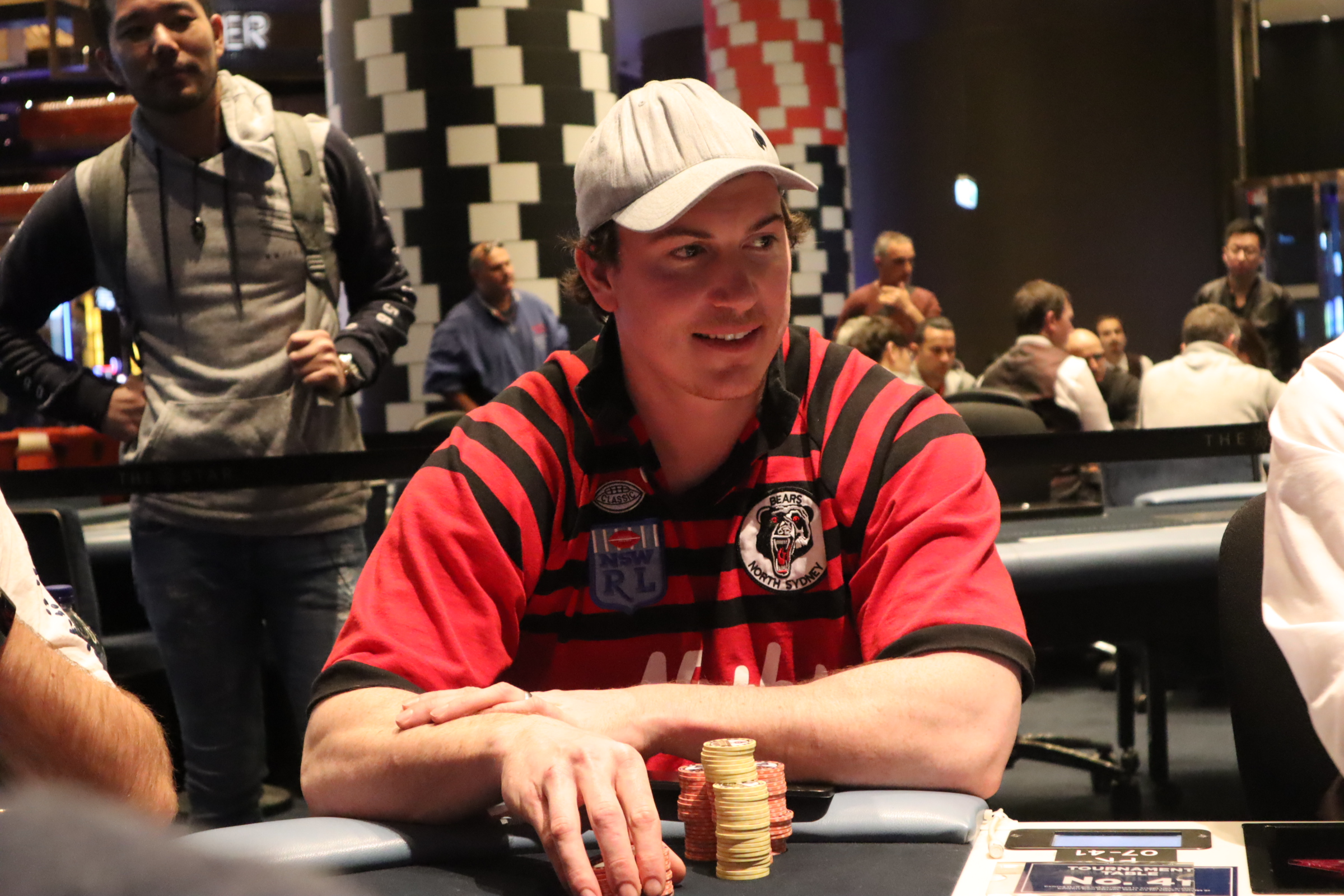 After doubling up Toothpick Tony the previous hand Toby Marsh gets it all in against Matthew Howearth preflop.

STRAIGHT WRAPS IT UP

was checked around but that changed on the turn of

Toothpick Tony bet, Mark Fester staying in (without much behind) to see the river of

Tony check/called Fester's all in, and wasn't happy to see Fester's

had turned the world and rivered the winning straight. 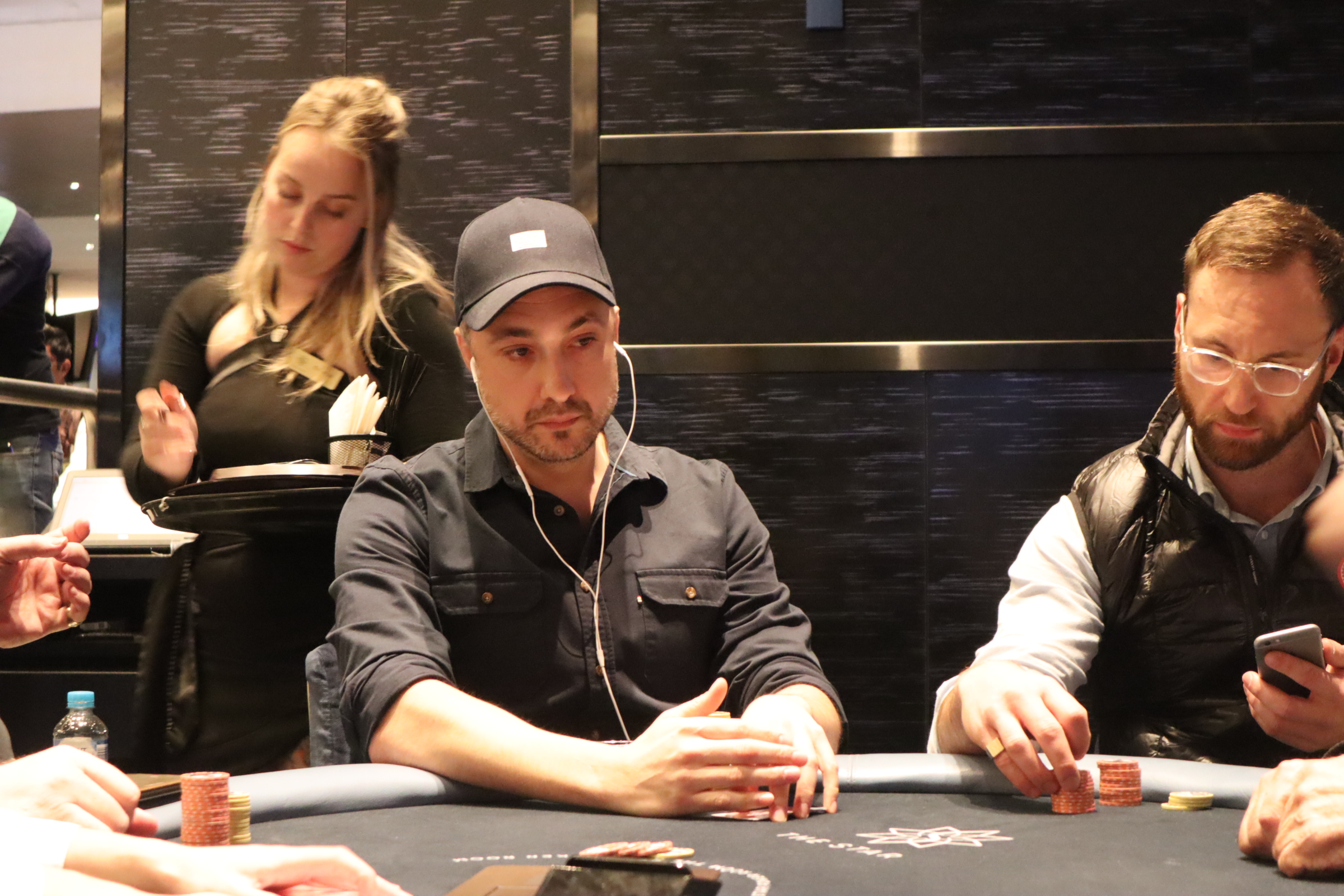 Rick Bono has been eliminated in 6th place. There is about 5 minutes left in the current level, after which players will take a short break.

DID HOWEARTH HAVE THE WHEEL?

A huge turn decision for Toothpick Tony, as his 70k bet got pot-raised by Matthew Howearth on a board-to-turn of

Could Howearth really have the wheel? Tony took minutes over his crucial decision but found a fold, Howearth flashing the even better cards of 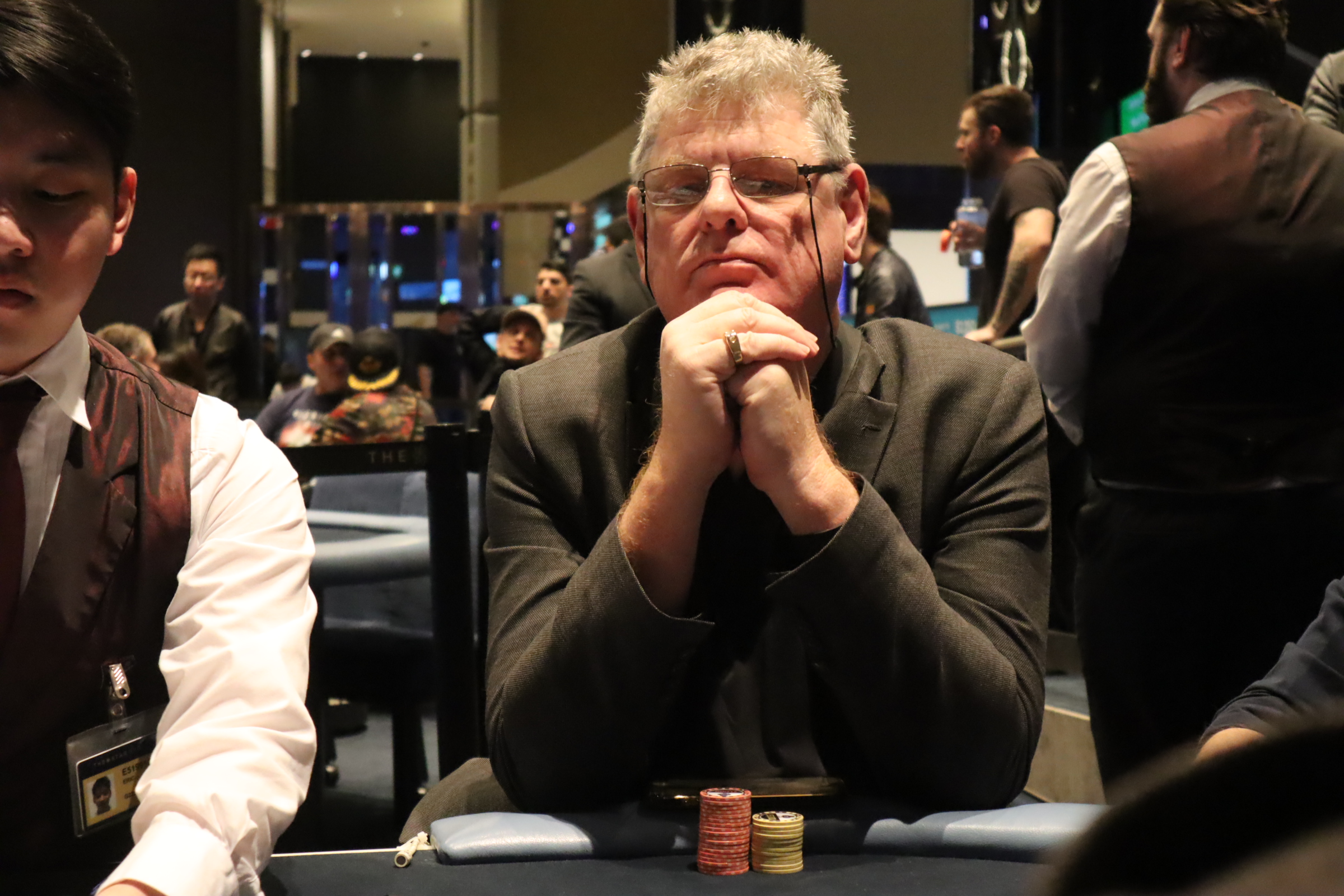 Benson agonised over his decision but made the call with

. Toothpick Tony was ahead on every street, his

spiking a full house with the

on the turn. No King for Benson on the river, he exited in 7th place

Matthew Howearth's tournament life was on the line, and looking in trouble with his

all in preflop against Christine Hia's Double-Suited Aces,

The board ran out

to bring him trip sixes and stay alive in the tournament.

A large crowd of Railbirds has left the area, to take part in the Teams Event. 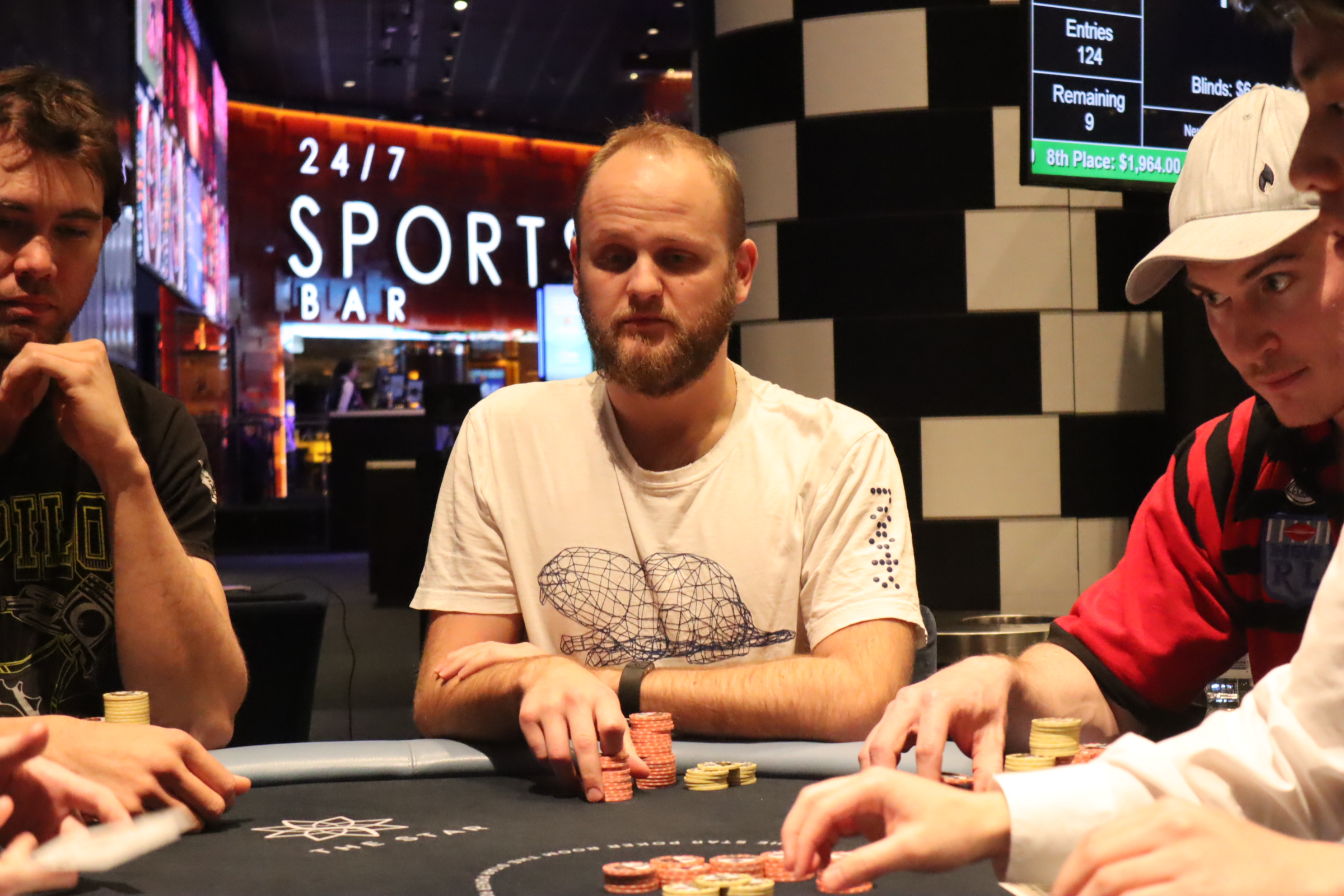 Ryan Bounds was short stacked for most of today's play. He took a stand but on a board with 4 hearts to the Ace he lost to the Nut Flush.

DOUBLE UP FOR FESTER

straight wrap took the pot when the

came on the turn.

6,000/12,000 blinds for the next half hour. All 9 players at the final table are still in the tournament. Players have been waiting for quality starting cards, there have been several walks for the Big Blind.

Big stack Matthew Howerth has taken down 2 nice pots this round, first a re-pot preflop and secondly an in-position bet from the button on a turn of a dry looking board-to-turn of