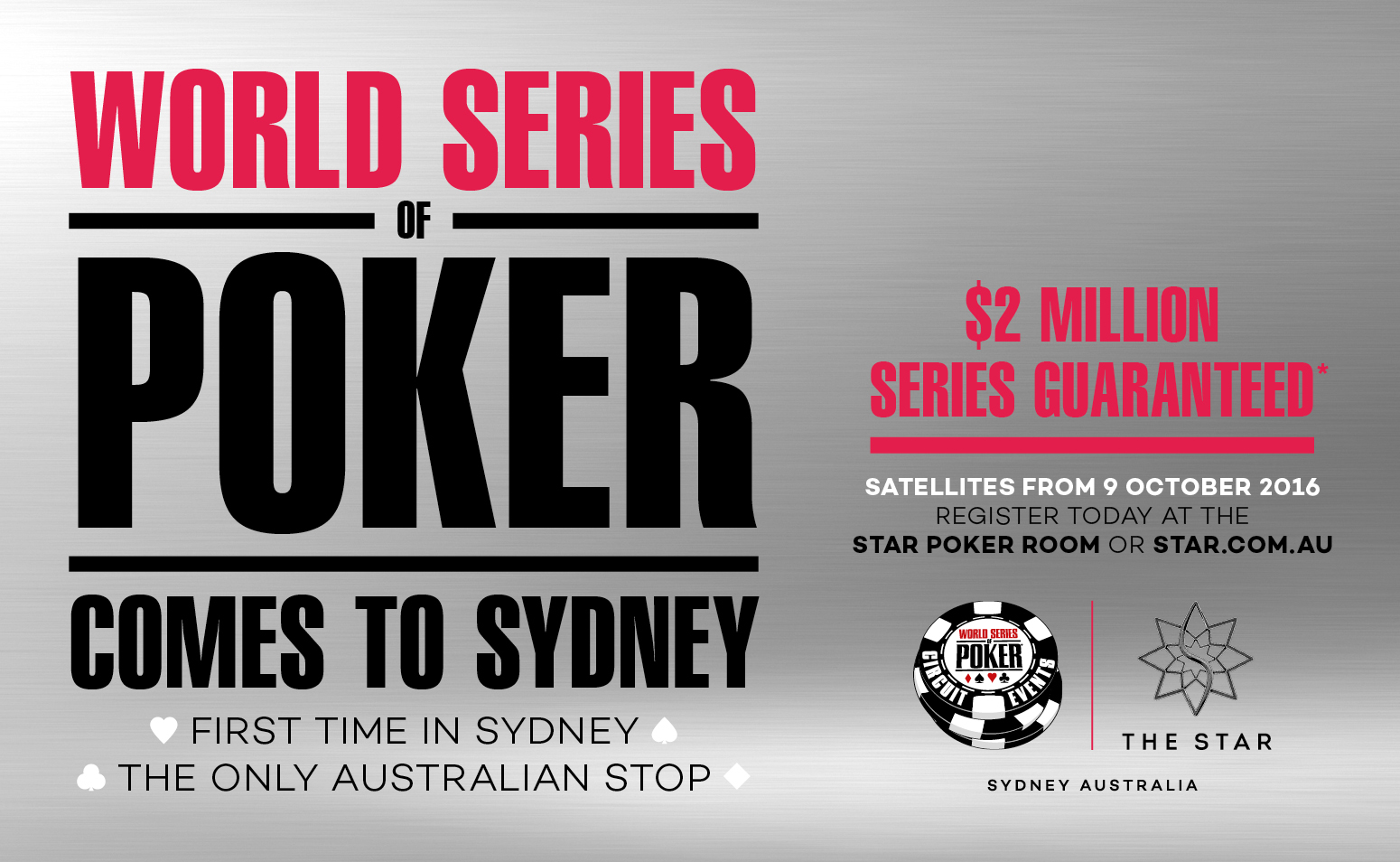 Comprising 11 tournaments in 21 days including the $2,000 Main Event, players will not only have the chance to compete for big prize money but winners of each of the event will win a prized official WSOP gold ring.

Two players – the Main Event winner and the overall Casino Champion – will also win a seat into the 2017 WSOP Global Casino Championship, which is an official WSOP gold bracelet event and boasts a guaranteed US$1 million prize pool. Casino Champion will be the player that accrues the most points based on their performances across the 11 official WSOP ring events on the schedule.

The WSOP is the most recognised and revered tournament brand in poker. First held in 1970 when Las Vegas icon Benny Binion invited seven of the country’s best players to compete across a series of cash games, it has since evolved into an annual festival of poker with the 2016 WSOP attracting more than 100,000 players across 69 bracelet events at the Rio All-Suite Hotel & Casino in Las Vegas.

The WSOP Circuit was added in 2005 and will this season feature 22 confirmed stops across the US, while the WSOP International Circuit debuted last year with stops in Italy, the Czech Republic, Georgia, Morocco and Canada.

“We are constantly looking for attractive opportunities to expand the WSOP portfolio and taking a WSOP International Circuit Event to the beautiful city of Sydney for the first time looms as one of our most exciting announcements of 2016,” said WSOP Executive Director Ty Stewart.

“The Star’s Poker facilities are world-class and delivers the perfect stage to see the some of the biggest players in the world in action."

Fresh from the recent Sydney Championships which attracted more than 2,000 players and a total prize pool of more than $2.5 million, the new Poker room at The Star boasts 40 tables and can seat up to 400 players at any one time.

“The WSOP name has been responsible for many of poker’s greatest moments so it’s fitting that The Star is hosting this fantastic event in our newly renovated Poker room for the first time,” said The Star representative Damian Quayle, Chief Operating Officer of Gaming.

“The Star’s Poker facilities are world-class and delivers the perfect stage to see the some of the biggest players in the world in action. Set alongside the beautiful Sydney Harbour and under the famous WSOP banner, this tournament series promises to be something special.”

For the full schedule of events coming up at the Star Poker Room, check the Full Schedule.

Tournament conditions apply. *Series Guarantee is based on the combined guaranteed prize pools of four (4) tournaments out of the eleven (11) tournament series, with the four (4) events being: the Opening Event from 22 November 2016, 6 Max Event from 4 December 2016, High Roller Event from 7 December 2016 and Main Event from 8 December 2016. To enter any Star Poker tournaments, you must be aged 18 years or over and a loyalty member of The Star Sydney. Prize pool dependant on number of players. Please refer to the Pay Out Breakdown in the tournament conditions for details of available prize pools and prize values, available at starpoker.com.au ^Buy-in non-refundable less than five days prior to the tournament, except at The Star’s discretion or if the tournament is cancelled. ~Seats to Global Casino Championship are awarded to the Main Event Winner and WSOP Sydney Leaderboard winner.